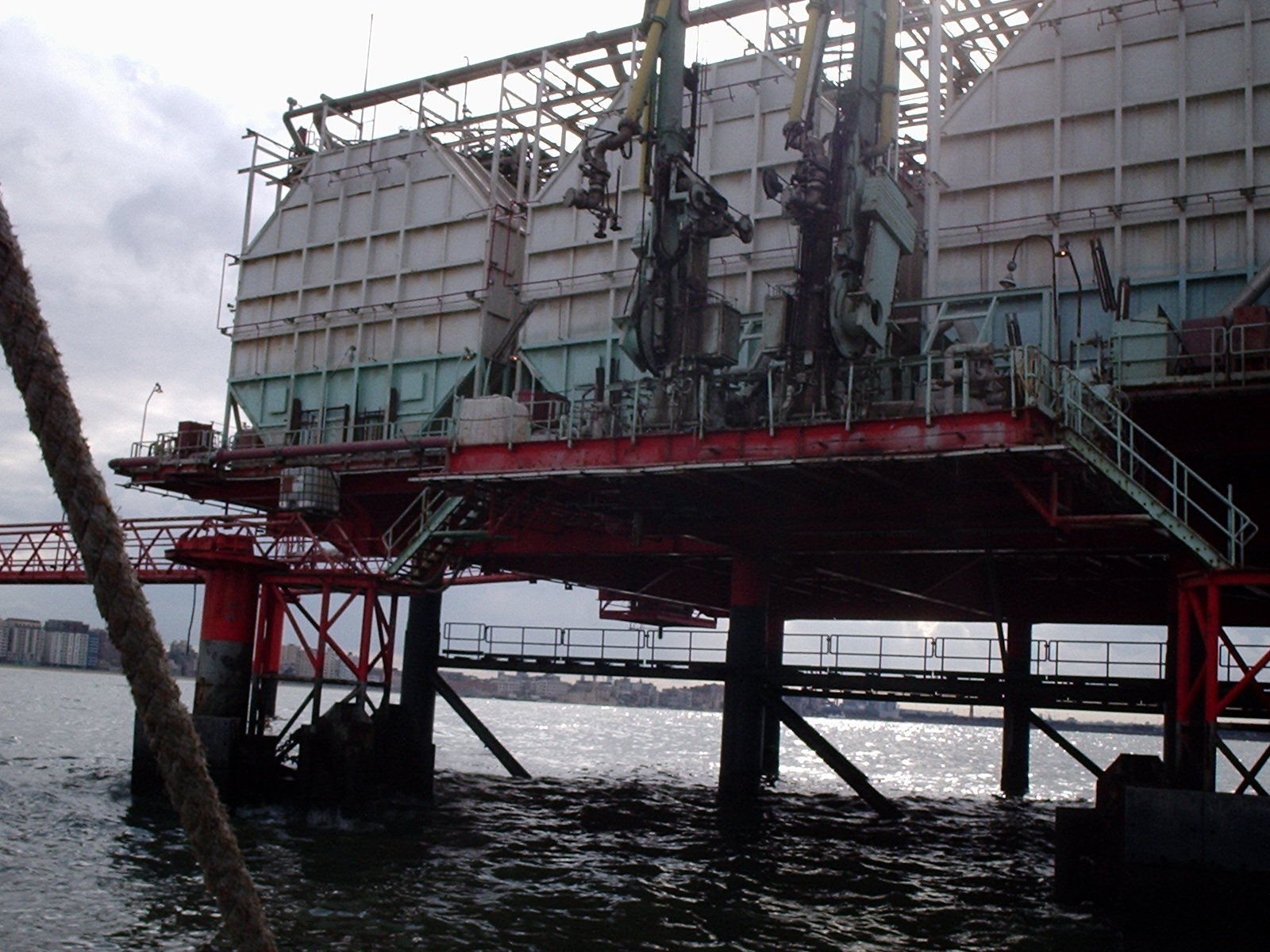 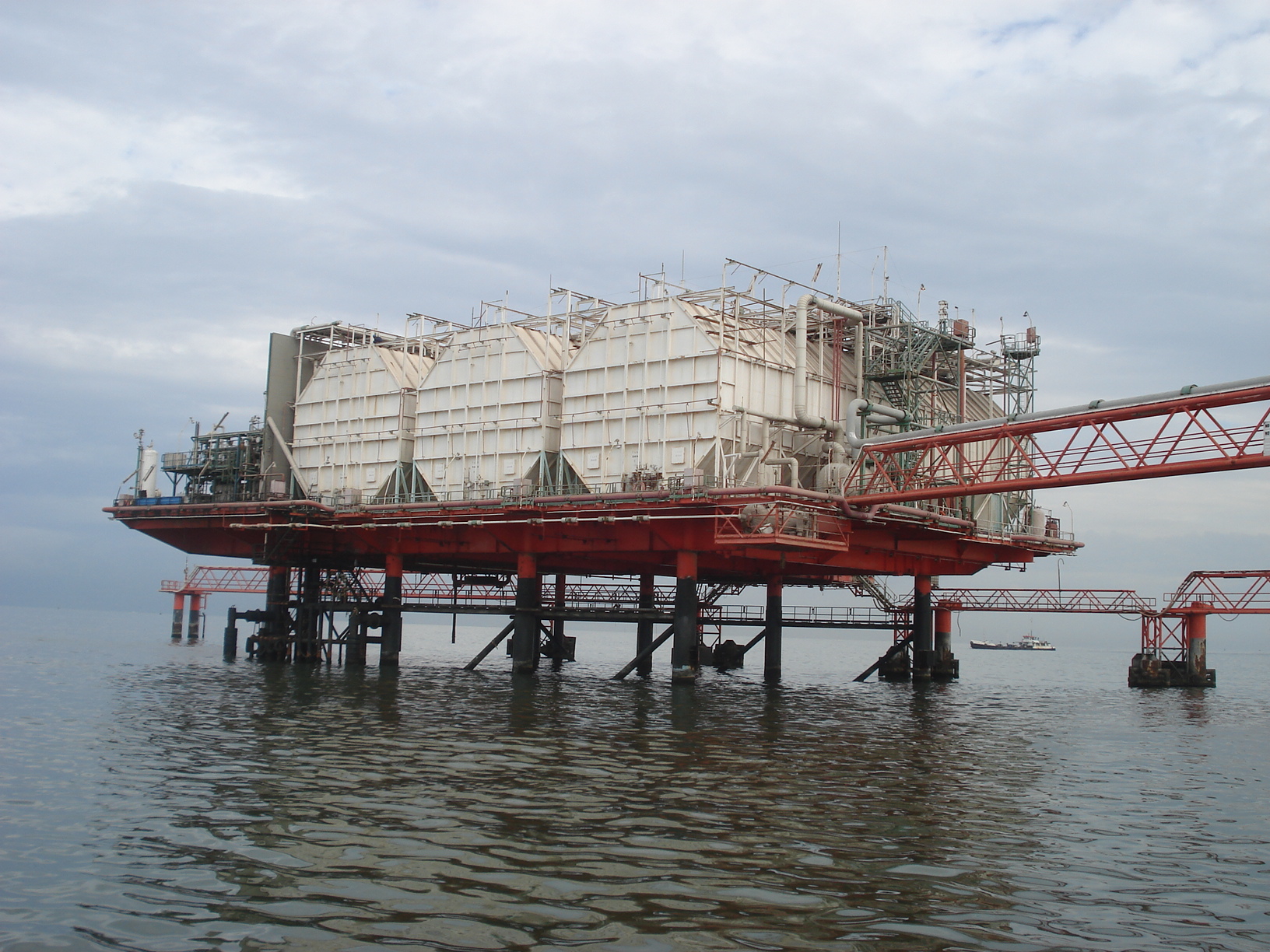 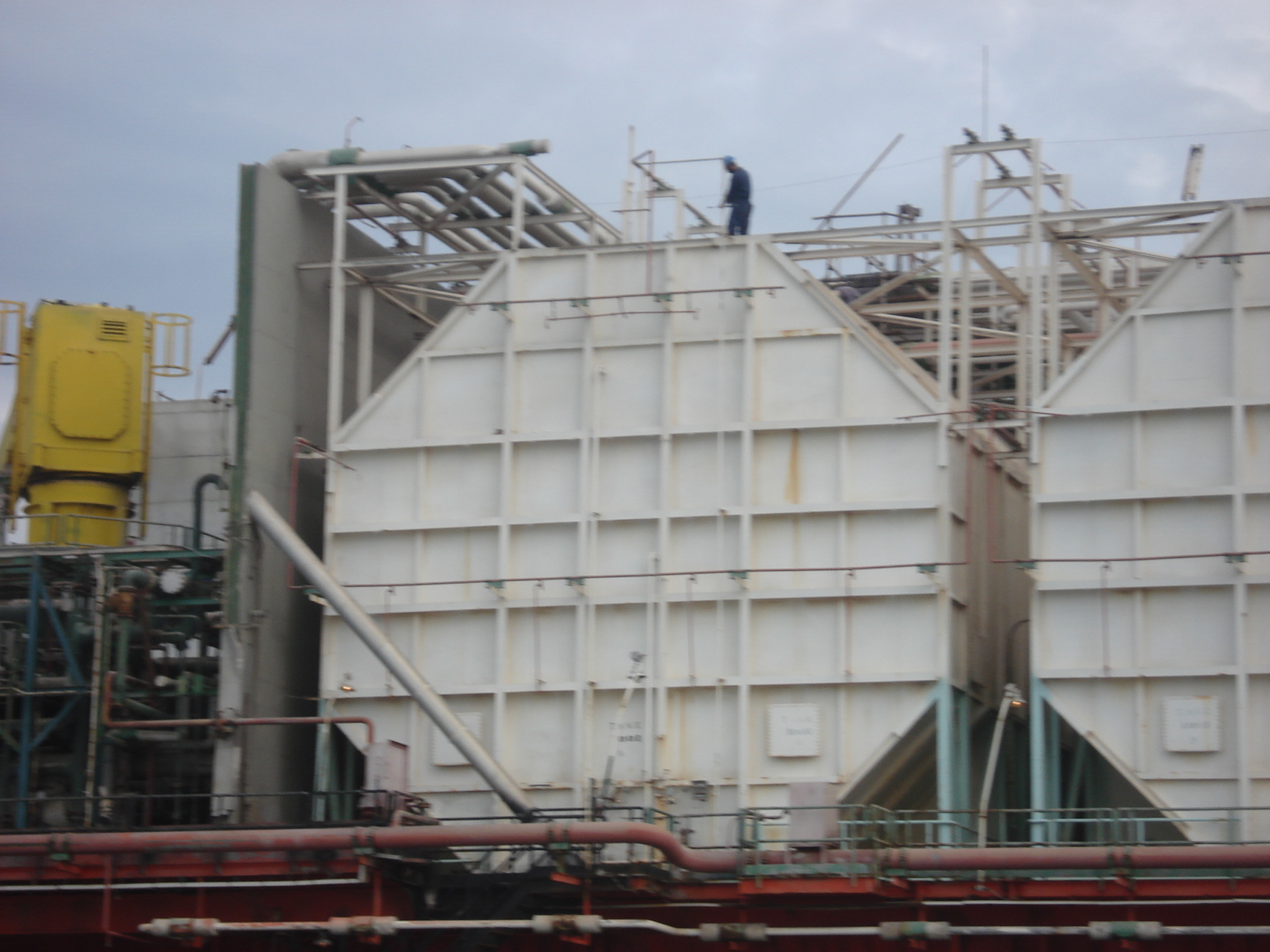 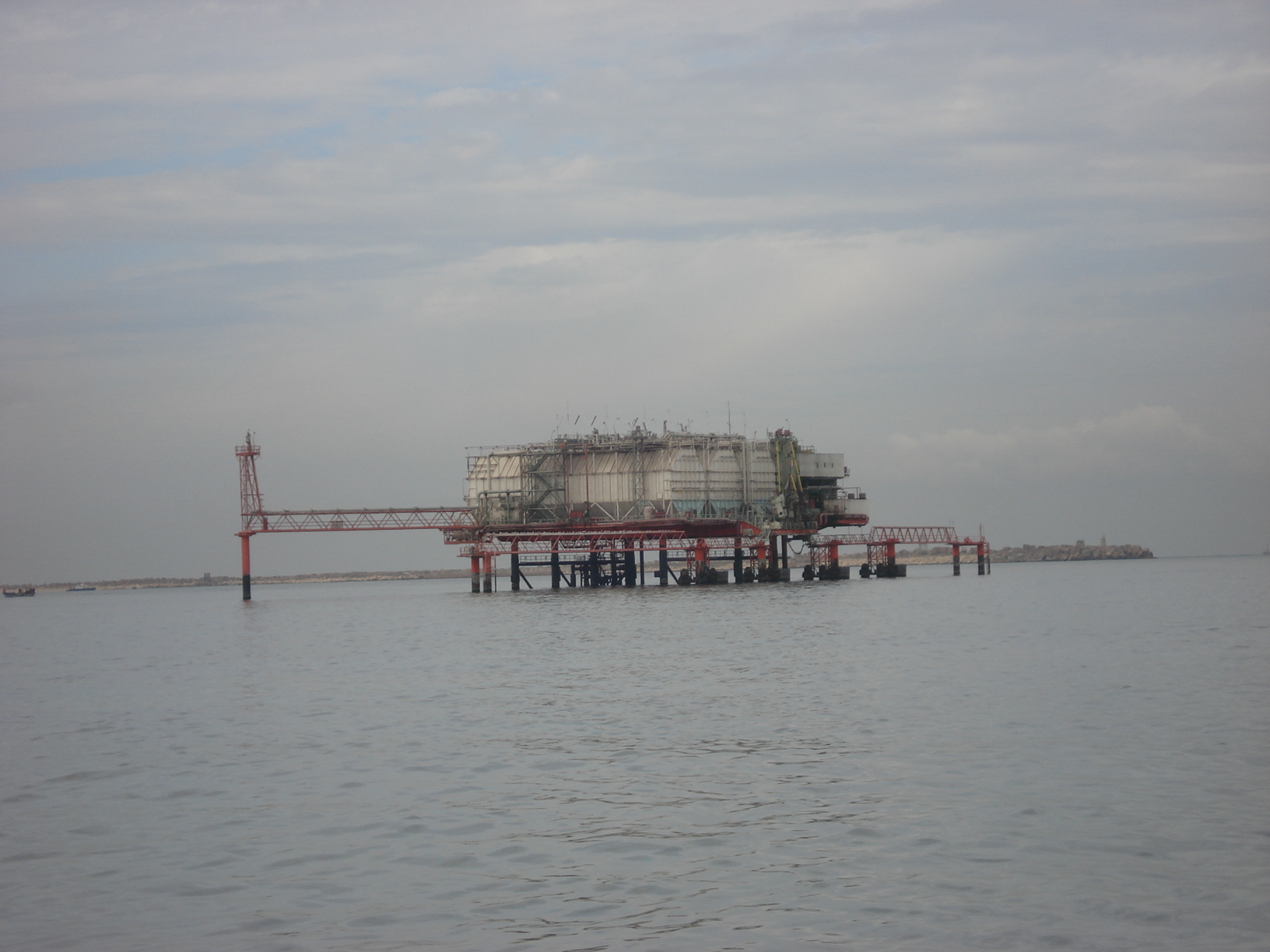 It was installed at a distance of 1100 meters from the shore and designed to unload, store, vaporise, and pump the ethylene to Amryia site,The platform has dimensions of 57 meters and 30 meters with a total area of 2052m2,The platform was designed and constructed according to the international API code (API: RP2A),The platform was designed to receive ethylene tankers having capacity ranging between 4000m3 and 8000m3with a maximum draught of 8 meters,The average depth of water in this area is 14,7 meters. Four berthing dolphins are distributed over a distance of 60 meters in order to protect the platform against accidental ship impact and at the same time to allow berthing of the shuttle tanker .Two mooring dolphins spaced by 154 meters are used to facilitate the mooring arrangement,Tankers having a length of 125 meters and width of 19 meters can berth at a speed up to 0.4 m/s and energy of 43 tons/meter.

The platform consists of three decks

The upper deck Composed of a living quarter with 5 sleeping rooms , a living room and kitchen. It contains also the control room, the electric power transformers and the battery room,The main dec Which contains the necessary equipment used for operating the platform and the ethylene storage tanks,It contains the following :

Two unloading arms (one stand by) for unloading Ethylene from tankers to storage tanks. The discharge capacity through the arm is 170 ton / hr of liquid Ethylene and made of stainless steel.

Ethylene storage Tanks That is 3 horizontal cylindrical storage tanks fabricated from 9% nickel steel to suit the cryogenic storing conditions of Ethylene(-103oC ) with capacity of 3000 MT. The tanks are insulated with 400 mm perlite.

Layer with an inter space between the tank wall and that of perlite containing dry nitrogen gas(-72C) the whole tank is enveloped with 6 mm steel casing. One submerged pump is erected in each tank,

The Ethylene liquifaction unit Any vaporized ethylene gas from the tanks is reliquified by this unit Cooling rate: 6500 kcal/hr which is equivalent to 575 kg/hr liquid ethylene.

Capacity: 7500 kg ethylene /h. The ethylene being vaporized in this unit is pumped to the pipeline to Amryia site at 7.5 ton /hr and pressure 12kg / cm2,

Of a capacity 5 m3/hr which is used for prevention of the marine growth and microorganism's scales inside the water fire lines of the fire loops & cooling water system.

Fire fighting system is designed in accordance with N.F.P. Codes and specifications as follows :

Platform was stopped activity since the year 2000 due production of ethylene locallyPlatform is in a standby to any new operation activity.